Unlock a new side of Brisbane with this cruise brewery tour that takes you to some of Brisbane's best breweries to sample their fine selection of ambers. 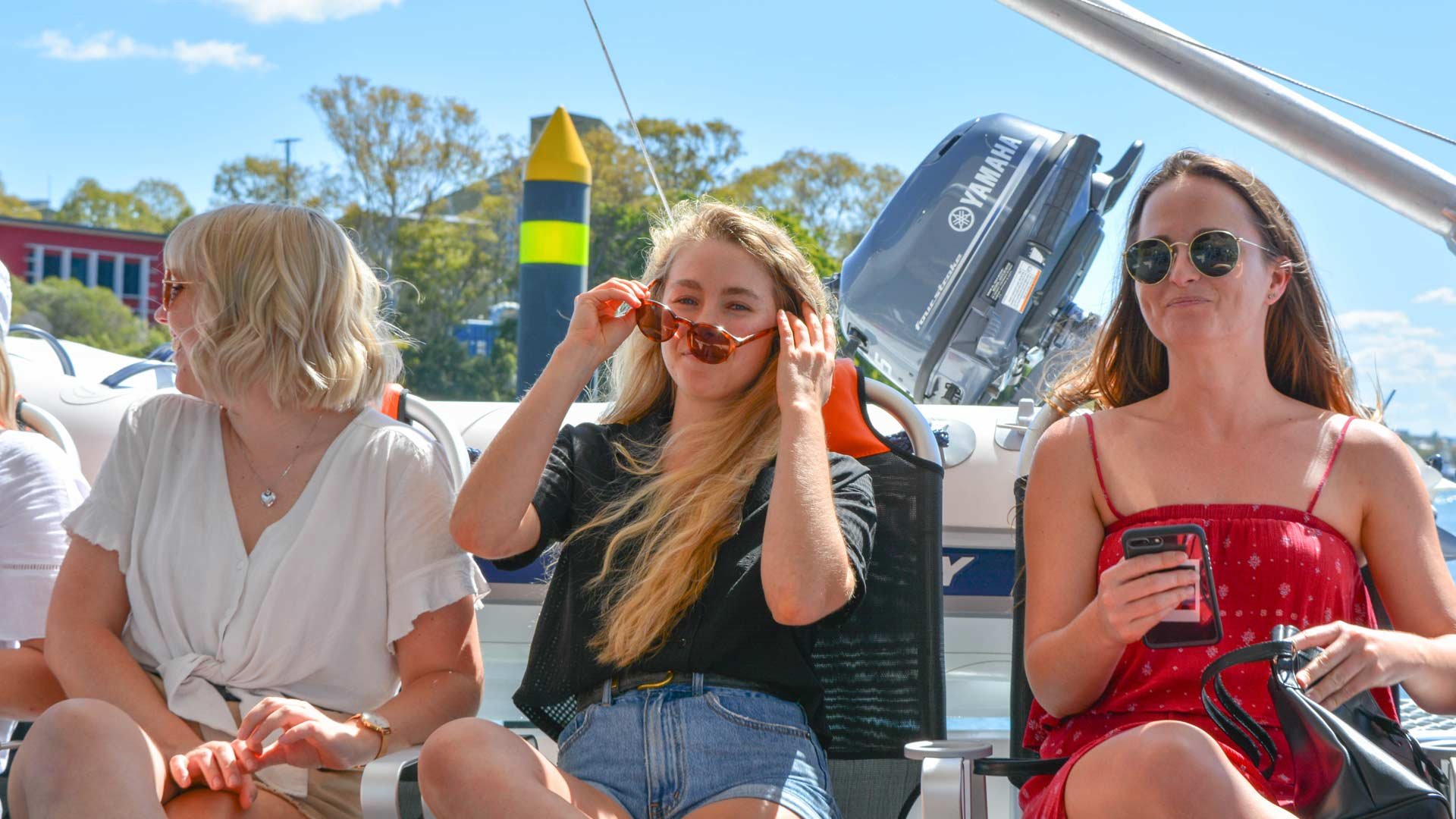 Connect to Brisbane city and Moreton Bay on another level with this brewery tour that combines some of the city's best beer producers with scenic, fast-boat cruising on the Brisbane River. You'll get to see Brisbane from a different angle while hearing stories of the bay and spotting local wildlife.

The journey begins from the Northshore Harbour Cafe in Hamilton (which is also a great place to arrive early for a spot of brunch before the tour). Hop on one of the specially designed fast boats for the crossing to Brewdog, the first stop of the day. This Scottish brewery has its huge Brisbane taproom located on the banks of the river and has 28 incredible taps of freshly brewed beer. You'll have an hour and a half here, giving you plenty of time to purchase a few beers and even try out their delicious food menu.

After Brewdog, it's time to cruise half an hour inland along the river, taking in the sights and sounds of Brisbane's skyline. The next destination is Black Hops, in East Brisbane. This is the newest addition to their line-up, with two more breweries located on the Gold Coast. It's a short walk from the pontoon in Mowbray Park, to the doors of Black Hops. Once there, you've got about an hour to check out their lineup of fresh beers including the award-winning core range and a selection of limited-edition releases.

The final stop on this epic beer cruise, is Sealegs Brewing Co, around at Kangaroo Point. This brewery sits under the iconic Story Bridge and is the perfect place to enjoy a pot of beer among your new friends. They also have a delicious American-style menu of rustic pizza, burgers, and piles of chicken wings if you want to purchase some more snacks. Their tap list includes styles like a tropical larger, IPA, golden ale, pale ale, nitro milk stout, and a dry-hopped gose.

Do you cater for people with disabilities?

Our boats are safe and roomy, with a variety of seating options to cater for various levels of ability. If you are in doubt, please contact our staff on booking and we’ll endeavour to accommodate your particular circumstances. Please let us know in advance.

Is the tour suitable for kids?

When it comes to the Brewery Tours they are strictly 18+.

Is there parking available?

If you are driving to meet the boat, we recommend parking at Northshore Harbour at 285 MacArthur Ave, Hamilton QLD 4006.

Yes, our boats are equipped with a full private toilet. We also stop at some locations that have larger facilities. Please let the crew know if you need to go while we are underway.

Will I get seasick?

Even on calm days, if you are susceptible to seasickness you may feel unwell. Our advice is that if you are in doubt, you should seek advice on medication from a pharmacist and take that medicine well before you get on the boat, so it has time to work. Also, please let the boat crew know as soon as you feel a little unwell and we can put you in a calmer seat and keep an eye on you. Most people get seasick at some time in their lives, so please don’t be embarrassed about telling us.

What time should I arrive?

In order to keep to our schedule, we ask that you are at the pontoon waiting for us at least 15 minutes before the scheduled pick up time. If we arrive early we’ll start boarding immediately.

What do I need to bring?

Bring a small backpack or the like as storage space is minimal. You’ll need smart casual clothes as we will be going to venues that adhere to basic dress codes. Also, ladies try to avoid high heels are we may be parking on beaches which can be a hassle for you if you choose to wear them. In the winter months something warmer, as well as the wind, can be quite cold.

Will I get wet on the boat?

Our boats will cruise at 25-30 knots, which will throw up a bit of spray in most weather conditions. The boats are equipped with clear roll-down blinds all around, which mostly keep it dry. However, boats are boats and there is always a chance you and your gear will get a splash. We recommend leaving things at home that just cannot get wet.

Do you serve food or drinks?

All Brewery tours currently include 2 complimentary drinks while on the boat. You’re welcome to order food directly at the venues.

No cancellations are permitted, however, you may request to reschedule.