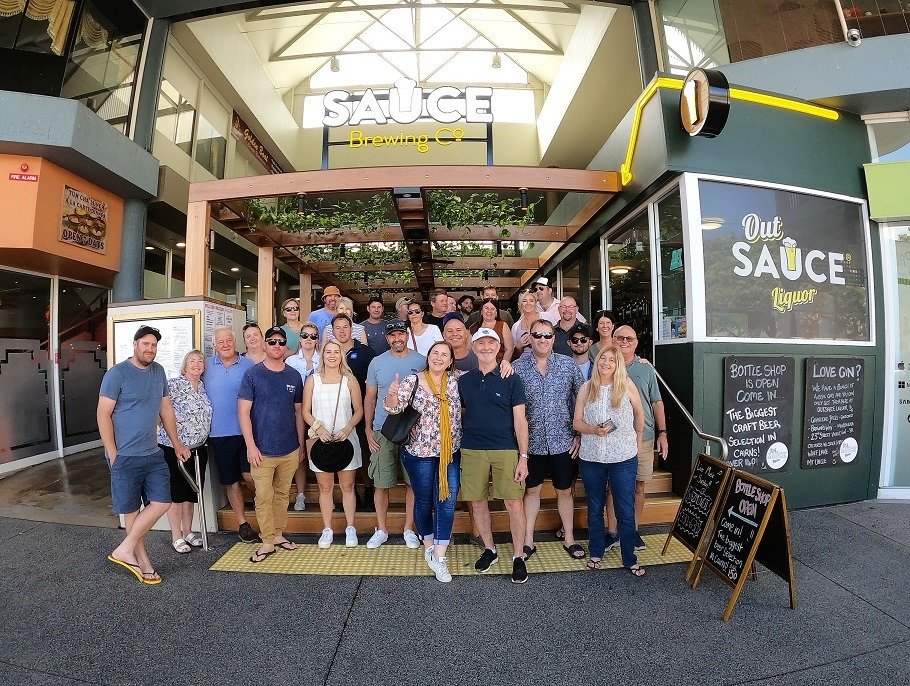 During this 3.5-hour walking tour around the central part of Cairns, your local beer/gin enthusiast and guide will take you to Hemingway's Brewery to sample a beer of your choice, SAUCE Brewing and Coral Sea Brewing for delicious tasting paddles, and then onto Wolf Lane Distillery to try their award-winning gin. As you are sipping on premium brews, listen to the fascinating stories of the brewers’ and distillers with like-minded company. All businesses are independently owned and locally operated in Cairns, with each venue offering its own amazing flavours, personal stories and unique locations.

Hemingway's Brewery, with an enviable location along the Cairns Wharf, is a local independent craft brewery that produces a range of outstanding craft beers. They pride themselves on creating innovative artisanal products - new styles of beer & distinctive culinary experiences in a vibrant setting. Their core and flagship range of brews have taken home a swag of awards from the Australian International Beer Awards and they all have their own unique beer story behind them.

SAUCE Brewing Co love the diversity of craft beer and creating flavoursome beers that can be enjoyed by everyone. Starting out in Sydney, this microbrewery brings a little of the Inner West to Queensland's Far North, with its carefully curated list of beers and vibrant, spacious venue in the heart of Cairns.

In the Queensland tropics, a thirst-quenching beer is desirable, and no one knows this better than Coral Sea Brewing and their range of refreshing microbrews to perfectly suit the climate. With their cosy taproom tucked away down Bank Lane, it is a hidden gem of Cairns.

Wolf Lane Distillery is a craft distillery founded by three mates, bringing a truly unique range of modern Australian gins that represent the tropical paradise in which it resides. Among some of their award-winning gins is the Tropical Gin, and a locally sourced Davidson Plum gin. All of their products are produced onsite from an eight-plate column, aptly named Column Farrell.